Suman to battle with Ajith in “Aegan” 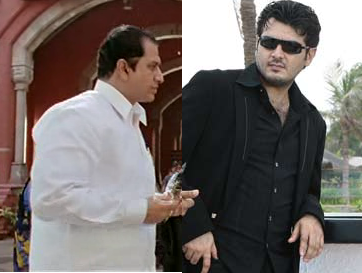 Suman, who acted as a romantic hero in Tamil and Telugu films during the 1980s made his comeback in to Tamil films with ‘Sivaji‘ as a villain.

Now Suman is set to battle with Ajith in his forthcoming movie ‘Aegan‘. Suman, who was a bad guy opposite Rajini in Sivaji has been apparently roped in to do the villain role in Vijay ?Kuruvi? and Ajith’s ‘Aegan‘.

It is really a good comeback for Suman and it is so because of Rajini’s ‘Sivaji’.