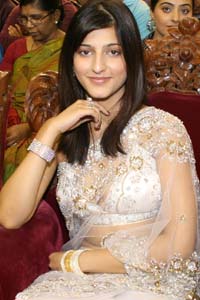 Now it is over and it is confirmed that Sruthi Hassan, daughter of legendary actor Kamal Hassan who is about to make debut in a film that has Madhavan in the lead role has been put off.

It is a setback for Sruthi who is waiting for the last couple of months to be launched.