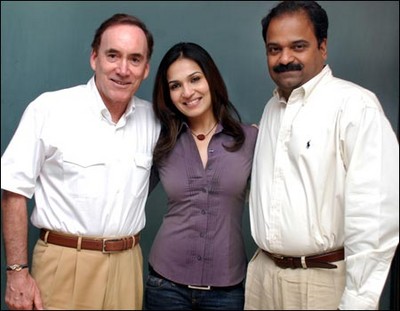 The pact covers the production and distribution of live-action South Indian films that will be released by Warner Bros. A time frame and other details such as the number of films to be produced will be announced later.

Established in 2005, Ocher’s studio, which employees 80, specializes in VFX and other pre-production services. Its debut production is the upcoming animated feature “Sultan the Warrior,” directed by Soundarya Rajnikant.

It is indeed a privilege for us to be associating with Warner Bros who are a world leader in the Entertainment Industry. said Soundarya Rajinikanth , MD Ocher Studios.

Its debut production is the upcoming 3-D animated pic “Sultan the Warrior” is a co-production with Mumbai-based Adlabs Films, which plans to release the film in 12 languages.

Sultan the Warrior (official Trailer here) is being helmed by Rajnikanth, daughter of Tamil superstar Rajnikanth whose likeness and voice are featured in the pic.

We are thrilled with this opportunity to expand our Local Production business across all four southern languages by getting into a strategic alliance with Soundarya Rajnikant of Ocher Studios says Richard J Fox, Executive Vice President, Warner Bros International