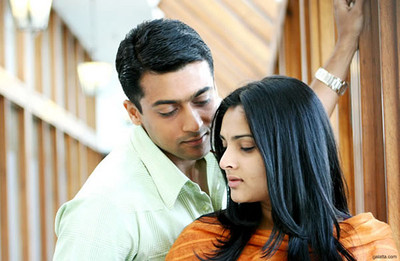 Surya acts in dual lead roles, whilst Sameera Reddy, Divya Spandana and Simran Bagga also play roles in the film. Harris Jayaraj has done the music scores and movie is expected to be 2008 Diwali release.

Sony BMG, the number one music company in the world, has made its entry into the growing music market in Tamil Nadu by acquiring the music rights for Kammal Hassan’s Dasavadharam.