Arun Vaidyanathan, US based software professional turned filmmaker has plans to dub the Tamil Film Achamundu! Achamundu! film in Spanish, French, German, Creole, Mandarin, Mende/Temne, Arabic, Bangla, Burmese, Vietnamese, Srilankan and Urudu. The film will be released in 18 different countries.The director promises that this will be thrilling and emotional with a hair-raising climax. With this movie, Vaidyanathan’s ambition is to have Tamil cinema noticed internationally. 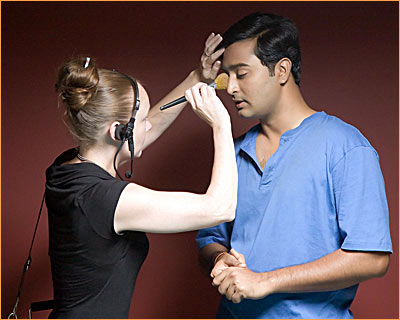 This is the first tamil film to be shot in the RED camera. This futuristic HD4k resolution camera has only been used in a handful of Hollywood productions. Red is the next generation technology that will combine both the quality of 35mm and the adept ability of digital editing/transfer systems.

Arun Vaidyanathan learnt the art of filmmaking at the New York Film Academy. There are no songs in the film but it will be entertaining for sure.

Next post: Bharath and Tamannaah Teams Up – Jab We Met Remake