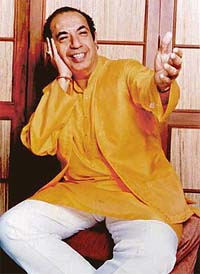 Mahendra Kapoor was a heart patient and had suffered a stroke earlier. He was survived by wife, three daughters and a son. Recently Maharashtra Government had honored him with Lata Mangeshkar Award for his lifetime contribution in playback singing.

Great fan of singer Mohammad Rafi, he had dreams of making a career as a playback singer in Bollywood movies. He started his career in Bollywood with hit song ‘Aadha Hai Chandra Ma, Raat Aadhi’ and shot to fame.