Here is the exclusive photos of Shriya Saran in the movie Kandaswamy( Mallanna in Telegu). The film is also to be released as Mallana in Telugu and also in English, Spanish and Italian. 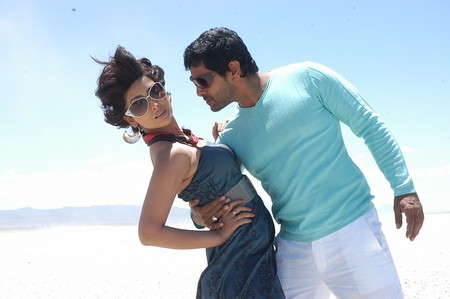 Telugu version of ‘Kandaswamy is called as Mallanna, was launched at Prasad Labs in Hyderabad.