Two-time National Award winner Shobana is also part of Kamal’s Marmayogi, according to media reports. Shobana neither denied nor confirmed her role and said it would be better for Kamal Hassan to confirm it, the report says. 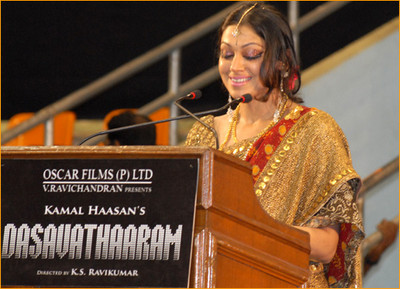 If Shobana is part of the trilingual film, then Kamal will have 4 top glittering actress namely Trisha, Shriya, Hema Malini and Shobhana.

Marmayogi shooting is expected to start in mid-October, date and location of the first shooting is not yet finalized. This movie is based on eighth century India based story, Shivanasamudram water falls in Mandya district and other places in Karnataka have been chosen for Marmayogi shooting.