Shah Rukh Khan was in Amritsar for the shooting of the film Rab Ne Bana Di Jodi. SRK along with newcomer Anushka Sharma, took out time from work on Tuesday to visit the Golden Temple.

Here is the picture 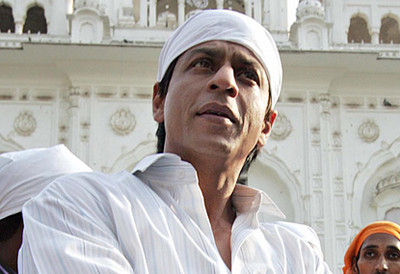