To put the cold war rumors between himself and Amitabh Bachchan family, Bollywood Superstar Shah Rukh Khan along with his wife Gauri Khan, son Aryan and daughter Suhana attended the premiere of Abhishek Bachchan’s film Drona, which opened Thursday ( Oct 2). 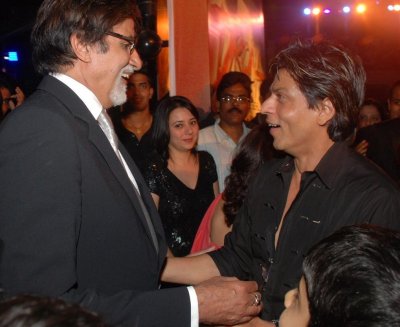 All the disputes between me and Mr Bachchan are media created and there is no ill feeling between us.

I don’t talk about quarrels. Let others mention it, whoever wants to. 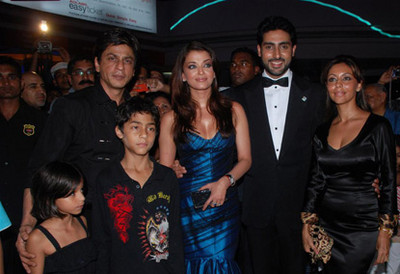 Well, one has to watch whether SRK and Bachchan Cold War cooled during the Drona premiere, hope it does.

Next post: Vaaranam Aayiram is Surya S/O Krishnan in Telugu