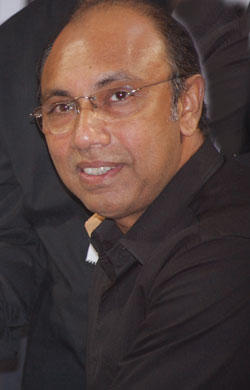 At the function of “Kangalum Kavipaduthey” audio release actor Sathyaraj has warned against the potential dangers of big budget films which pops in recent times. He urged the filmmakers to make their films within the limits of the market value of the stars.

Isai Gnani Ilayaraja has done the music for the movie “Kangalum Kavipaduthey“. The Movie is expected to hit the halls by March.

Goundamani features in Sathyaraj?s film ?Thangam? after a long gap.