Sathyaraj says “I have every right to remix MGR songs” 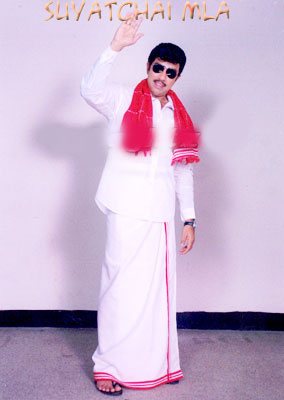 Pulavar Pulamaipithan has raised his voice against remix songs culture, at ?Ayya Vazhi? audio launch function. In wake of this Actor Sathyaraj supports the remix songs.

?Who else other than me has the right to act in remix of MGR songs, I am not only a fan of MGR. I am his ardent follower. I have every right to use his songs? argues sathyaraj.

In his forthcoming movie ?Thangam?, Sathyaraj is acting in a remix song from MGR?s famous ?Ninaiththathai Mudippavan?