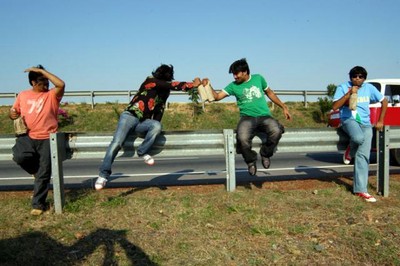 Undoubtedly Saroja is an interesting and a fresh cool movie, there is something new by director Venkat Prabhu that combines action with good comedy.

Yuvan Shankar Raja is in form again. His outstanding background score and the songs are good.

Venkat Prabhu’s has done quite a good job once again in his second directorial venture Saroja. He made Saroja in such a way that it is as good as his debut film Chennai- 600028!.

Saroja is worth the Ticket …. Go for it.