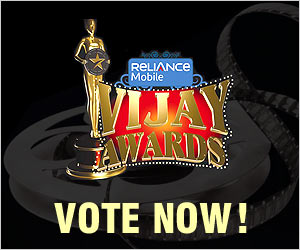 The second annual Reliance Mobile Vijay Awards is back honoring Tamil movies released in the year 2007.

As part of the ground activity, a mobile van Rasigan Express would travel to the key cities in Tamilnadu over a period of ten days; getting viewers to nominate their favorite Hero, Heroine, Director and film from the 107 films released in 2007.

The cities on route are Chennai, Coimbatore, Madurai, Salem, Erode, Tanjore, Villupuram and Trichy. Post the nominations filed by the viewers via Rasigan Express, the 5 most popular names in each of the 4 cateogries would be up for viewer voting through the IVR, SMS and online platform.

To vote online: Register at the official website here and select one for each of the 4 category, submit your vote.