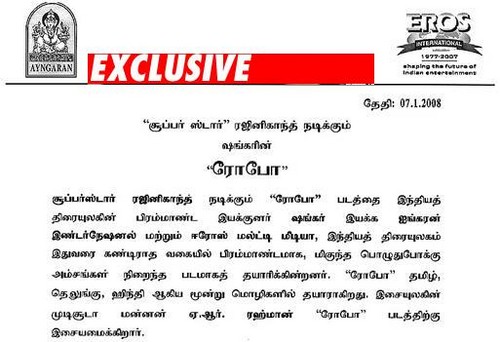 Eros multimedia and Ayngaran films international will produce the big budget film. The film will be a sci-fi and the technical values will be on par with Hollywood. The film is expected to cost upwards of 100 crore.