One and only superstar of Indian Cinema Rajinikanth returned home from U.S.A on September 27 after the first schedule of filming Endhiran. Couple of songs set to tunes by A.R.Rahman were shot in U.S.A., Peru, and Brazil. 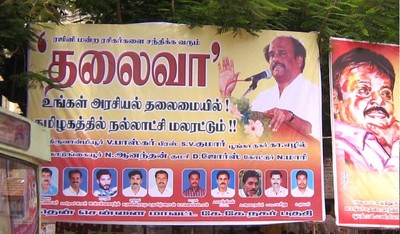 Recent survey by Loyola College said that Rajinikanth’s popularity is decreasing in Tamil Nadu. Buzz is that Superstar of Indian Cinema would meet office bearers of his fans association at his Raghavendra Kalayana mandapam in Kodambakkam to chalk out a strategy to regain his lost popularity on October 3rd. 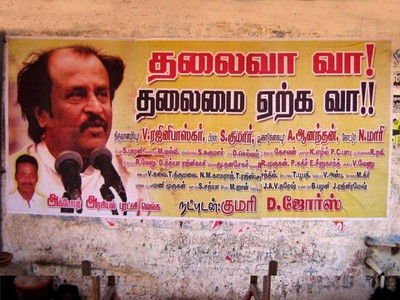 On Monday Rajni fans have created big turmoil at his residence asking him to set up new political party. One can see many posters around Chennai in regards to this.(see the pics ) 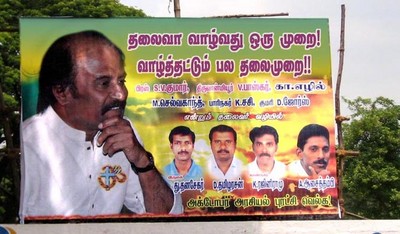