Rajini in his speach praised 21-year-old G.V Prakash’s music and said he is a combination of Ilayaraja and A.R Rahman. Chief guest at the function was G.V Prakash’s uncle A R Rahman. G.V Prakash said the he is a big fan of the superstar and this project is a dream come true.

The name Rajinikanth magic will not reflect only at the box-office but also in sale of audios !. 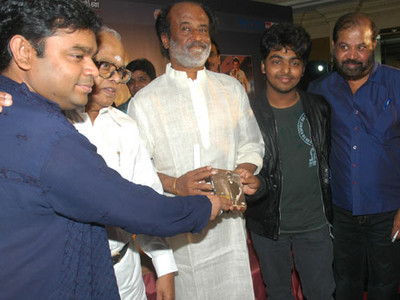