Rajadhi Raja stars Ragava Larencce in the lead role which has six heroines. Movie is being produced and directed by Sakthi Chidambaram.

The director has so far finalized four of the six heroines Mumtaj, Kamna, Meenakshi and Samiksha. Sakthi Chidambaram says that it is not a remake of yesteryear Rajini hit, except the title. Superstar played dual roles in Rajadhi Raja. 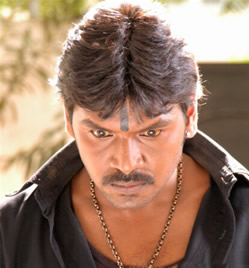