Pyramid Saimira Group confirmed that Kamal Haasan’s multi-lingual film Marmayogi will be produced by them at a budget of Rs 125 crores, poising to be the costliest Indian film to date. 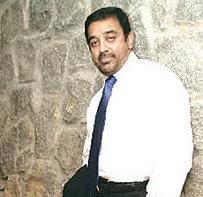 There were media reports that Kamal Haasan tied with Soundarya Rajnikant’s Oscher studios to produce. But H.S. Srinivasan, director of production at Pyramid Saimira Group said that reports are not true, Marmayogi’s pre-production work started already and the movie will be launched in launched in Mumbai considering that the film will be made in various languages including Hindi.

Marmayogi, a historical film will be scripted and directed by Kamal himself.