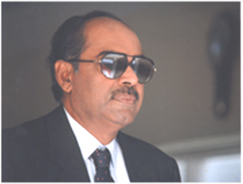 Hyderabad-based filmmaker D Rama Naidu has entered the 2008 Guinness Book of World Records for having produced films in 9 languages.

Besides Telugu, his mother tongue, Naidu has made films in other languages 8 languages- Tamil, Malayalam, Kannada, Hindi, English, Bengali, Oriya and Assamese, all under his banner Suresh Productions.

Rama Naidu is also an active politician affiliated to the Telugu Desam Party (TDP). He represented the TDP in the Lok Sabha between 1999 and 2004.