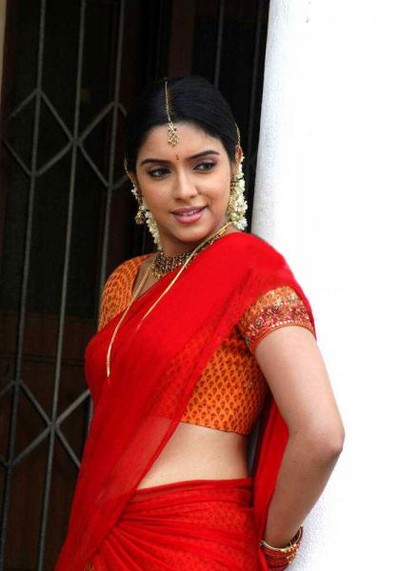 Asin, one of the most popular South Indian actresses, widely known for her intelligence and professionalism in film industry plays as Kamal Haasan?s lead lady in Dashaavtaram. It is her first experience of doing a double role.

One of these characters needed to wear a Madisar!( Madisar is the style in which the sari is worn by the Brahmin’s in Tamil Nadu). Well, guess who helped her get Madisar properly? It is Gouthami!.

Gouthami was quite a regular on the sets of the movie and was more than happy to help Asin wear madisar style.