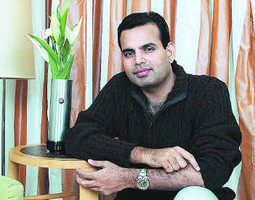 Nag Ravi behind ?Machakaran? pirate copy issue – the cracking news around Kollywood for the past two days. Now, Nag Ravi has denied the charges leveled by the producer of Machakkaran.

According to Ravi, he had arranged for a preview show for his friends at Devi Sri Devi Preview theatre on November 6th night. He said, “It was my mistake to make arrangements to screen the film with an overseas print.”

This issue was under Teynampet police investigation and after the investigation police said.? It is not easy to make a pirated CD in the preview theatre and if Nag Ravi wanted he could have made digital versions in malaysia itself very easily”

After being supported by the Teynampet police, the news is that Tamil Film Producers Council is also backing Ravi and he met the producer council President Rama Narayanan and Secretary Sivasakthi Pandian to discuss.