Ram Gopal Varma is a notable director who has made quite a lot of films based on dons and dacoits. Now he is making a film on India’s most wanted Bandit –Veerappan .

Here is a look at Veerappan and Operation Cocoon encounter

Veerappan was a sandalwood smuggler, in addition to looting ivory after killing elephants in Tamil Nadu forests. Due to the frequent police operations he was tightened by law, Veerappan started hostage-taking for ransom.

After a killing incident in 1987, Veerappan became notorious, but the real hunt was stated to have begun from 1990. Since then, there had been many kidnap, demands and negotiations by him. 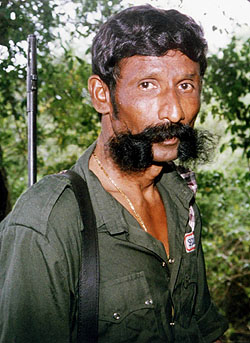 The hunt for the 60-62 year-old Veerappan had gone on for decades. He was involved in brutal killings or hostage taking. Veerappan had abducted Kannada film icon Rajkumar and held hostage for 100 days in 2000 and killed former Karnataka Minister H Nagappa in 2002.

Veerappan is said to have killed his first man when he was just 17. Over the next 35 years, he’s believed to have murdered more than 120 people, about 40 police officers and 80 civilians.

Soon after Mr. Rajkumar’s release, two STFs (Karnataka and Tamil nadu) were assisted by the Central Reserve Police Force along with a team of commandos.

Veerappan is beileved to have strangled his own daughter when she cried, else her cries would help STF to locate him

At least about 130 persons were killed as also 2,000 elephants in the Veerappan gang’s operations in the jungles between Tamil Nadu and Karnataka. Normally after committing a crime in Tamil Nadu, Veerappan would get into the jungles of Karnataka or even Kerala. Most of the villages in the jungles were almost under his control  Informers were invariably killed by him. 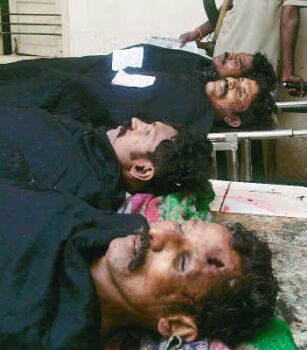 Bodies of Veerappan and his associates 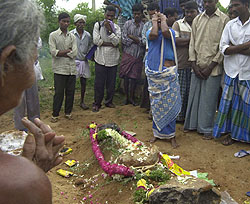 After being on the run from law for nearly three decades, The STF headed by K. Vijay Kumar (ADGP Tamil Nadu), shot Veerappan dead in the dark hours of October 18, 2004 at Papparapatti village in Tamil Nadu’s Dharmapuri district. 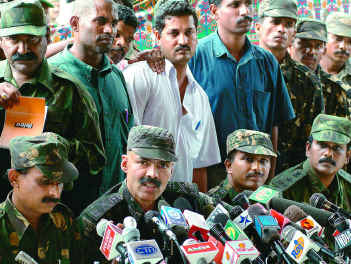 Named ‘Operation Cocoon‘, the successful encounter which was very well planned and executed by STF — — which ended a bloody era in Indian history.