New title for “Robot” in Tamil ? 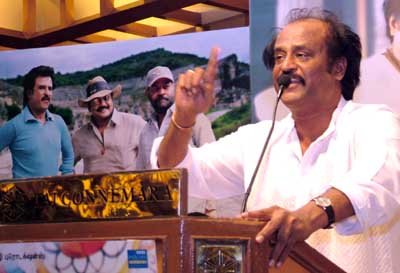 Director Shankar in an interview said Rajinikanth starrer “Robot” name would probably be changed. Looks like the team is eyeing on tax concession given by Tamil Nadu government for Tamil titles.

Sujatha, the dialogue writer of Robot, has suggested a title in Tamil is closer to the meaning conveyed by “Robot” namely “Iyandiran” or “Iyandira“.