Nayanthara is in Zweisimmen(see below photo) in Europe on location of Villu along with Vijay, Prakash Raj, director Prabhu Deva, cameraman Ravi Varman – 40-member crew is put up in this exotic Swiss location.

Zweisimmen is a municipality in the district of Obersimmental in the canton of Berne in Switzerland. 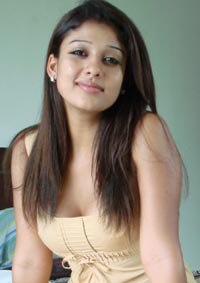 Zweisimmen is a historic town and also known as the gateway to Gstaad. It is a small village located to the south-west of Switzerland. There are miles of greenery, beautiful snow capped mountains, a Church and Museum.

Nayan spoke to Sify Media from Zweisimmen and said

Its good weather here and the shoot is progressing well but I am tensed about the release of Sathyam on August 14. I’m always anxious, just before my film releases

[ via – Nayanthara in Zweisimmen! ]