Nayantara – Very popular in no time 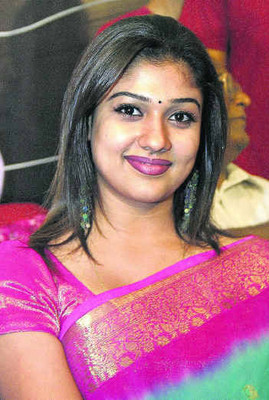 Born in Kerala, popularly known as Nayanthara, who entered into Tamil Film world through “Ayya“. And, in no times she became very popular. She has acted in Tamil, Telugu and Malayalam movies.

She has earned a place in the hearts of her young fans through her sizzling glamorous role in Billa. Besides Tamil Nadu, she is increasingly becoming popular in Andhra Pradesh as well.

In 2008 she has following in her Filmography

Yaaradi Nee Mohini with Dhanush
Sathyam with Vishal
Sadhu with Balakrishna
Twenty: 20 with Mammooty, Mohanlal
and Raja Vesham with Vikram