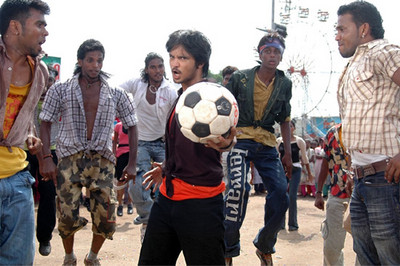 Remember, Nakul born in Mumbai is younger brother of actress Devayani who debuted in Boys (2003) directed by S. Shankar 5 years back. After Boys he made a foray as a singer in several movies.

He has sung couple of movies including Anniyan (Song: Kaadhal Yanai), Ghajini (Song: X-Machi) and Vettaiyadu Villaiyadu (Song: Karka Karka and Manjal Veyil). Naakka Mukka song in Kadhalil Vizhunthen movie was sung by none other than Nakul.

He has reduced over 35 kilograms (who weighed 100 kilos )to play the lead role in the movie Kadhalil Vizhunthen, which became hit.

The youth are going crazy about Nakul, A new star is born!