Nadhiya , one of the yesteryear beauties who got married and settled, is striking again in Tamil Cinema after many years and enjoys her role in every film like a heroine.

Nadhiya plays the leading role in director N. Lingusamy?s movie Pattalam. Except Nadiya, all other actors in the film are newcomers, including Rohan Krishna, a film institute student. Debutant Rohith Krishna is directing the movie.

The story is about Nadhiya , headmistress of the school who manages to fix bunch of students, who indulge in all sorts of activities except education. 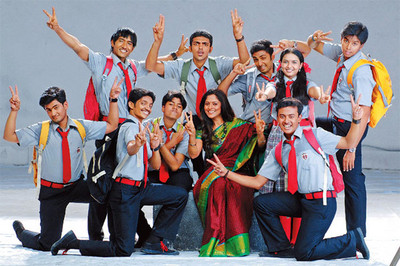