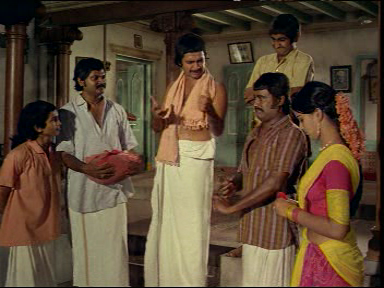 Kalaignar TV is remaking Rajinikanth’s Murattu Kalai (1980) which is to be directed by Selvabharathy.

Murattu Kaalai was a blockbuster Superstar Rajnikanth’s film of 1980s which featured Rajnikanth, Sumalatha, Suruli Rajan in lead roles. ‘Podhuvaaga en manasu thangam’ was the famous song featured in this film. This song is till date, one of the best Rajnikanth song and will remain so forever. Ilayaraaja has done the music. S.P.Muthuraman who directed this film went onto direct 25 films with Rajnikanth.

In the remake of Murattu Kalai our minimum guarantee hero Sundar.C is doing the Rajini’s role, while Suman is doing the villain role done by Jayashankar and Vivek is doing the Suralirajan’s comedy role.

This film is scheduled to release in 2009.