If media reports to be believed then, M.K. Azhagiri, elder son of Tamil Nadu Chief Minister M. Karunanidhi has been offered a role by director Mani Ratnam in his forthcoming film Ashokavanam. 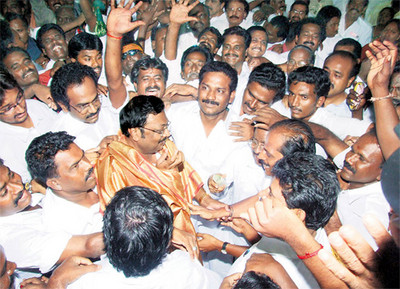 This role will be of politician with a very positive character for Muthuvel Karunanidhi Azhagiri, generally known as M. K. Azhagiri. He is reportedly said to be thinking about the proposal.