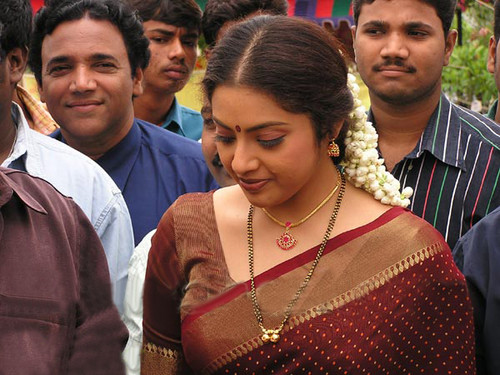 Confirmed news is that Actress Meena who acted with Superstar Rajinikanth in Veera,Yajaman,Muthu is featuring in his latest flick “Kuselan“.

Malayalam hit film “Kadha Parayumbol” is being remade in Tamil as “Kuselan“. The story is about 2 dear friends who have suffered a lot in their young age. As time passes they get separated, one goes on to become a super star(Rajini Kanth). Priyadarshan is planning to remake Katha Parayumbol in Hindi in which Shahrukh khan will be the lead.

Meena who did the Kuselan’s Malayalam original will play Pasupathi?s wife in the film.