In the movie, she plays a seductress who plots to entrap wealthy men by her looks and then forces them to pay a ransom. Rekha plays Mallika’s aunt in this movie, which was directed by Govindh Menon. 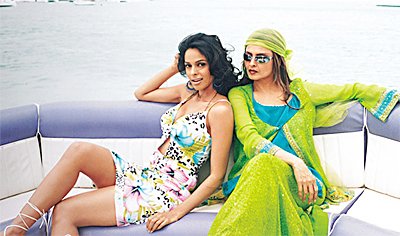 The movie, though much talked about for Mallika’s role, turned out to be a dud in the box office. It is awaiting release in Tamil Nadu in its dubbed version as Mallika Kamini, released by Mani Enterprises.