Krishnan was assistent for Mani Ratnam and P C Sreeram and runs a production house called Two’s Company along with cinematographer Santosh Sivan, who has done several hundred commercials. 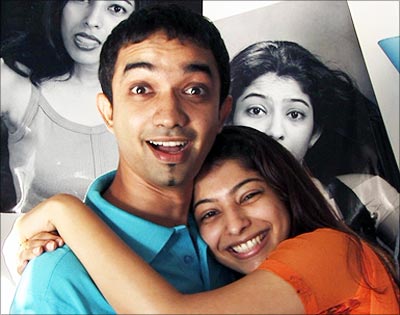 “M3V is made for the multiplex audiences and for the first time in the history of Tamil cinema, we are introducing over 100 new faces in the film. There is no villain or needless emotional scenes. It is a feel-good film sure to entertain people of all age groups”, says Krishnan.

M3V, will have its audio release later in the month while the film is likely to release in the first week of September.