Chennai-based BayTalkitec, which had gained recognition in domains like Computer Telephony Integration (CTI) and VAS, has signed up with Saimira Access Technologies (part of Pyramid Saimira group) to provide Singtel users in Singapore, video clips of the forthcoming Rajnikanth blockbuster “Kuselan” on their mobile handsets, for the first time ever. 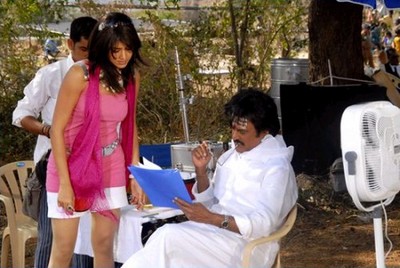 With this Rajnikanth again proved that he is the real superstar of Indian Cinema.

In 2007 when Rajini Sivaji released, Singapore Airlines acquired exclusive rights to screen the Sivaji film on all its flights for three months. After this period other carriers can buy the rights.