It is official, superstar Rajinikanth has sorted out the Kuselan issue, Rs 7 crore will be paid as compensation for the theaters to cover the losses. 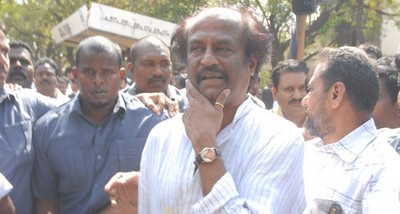 It is unclear, who will reimbursed the amount. According to reports Rajini will contribute 50 percent and producers rest. When Baba floped in 2002 Rajinikanth paid back the distributors their money