Rajinikanth-starrer Kuselan (Telugu Kathanayakudu) will hit the screens on August 1 ( July 31 in the United States). The movie will be screened in 200 theatres all over Tamil Nadu. Producers are planning to come with 600 prints.

Rajnikanth, playing a guest role, is the one of the few common actors in the bi-lingual, the others including Nayantara and Meena, which is to be made into Tamil as Kuselan and Telugu as Kathanayukudu respectively. Along with Rajini — Pasupathy, Meena, Prabhu Ganesan, Vadivelu, Santhanam and Livingston playing roles in the Tamil version, whilst, Jagapati Babu, Sunil and Brahmanandam portray roles in the Telugu version.

Superstar has expressed his wish to watch the movie along with his fans. 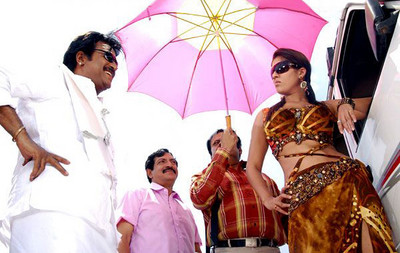