Kuselan distributors ask for refund and claimed that they lost nearly 75 percent of the MG (Minimum Guarantee) amount they paid to the distributors. 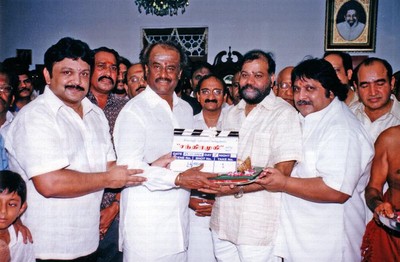 Kanchipuram-Thiruvallur District Theatre Owners Association held an emergency meeting on Aug 18 in Chennai and has demanded tfor refund.
The association has decided to boycott all films of Kavithalaya which are under production.

Buzz is that Rajini is willing to pay (10 crores) as a compensation package to the producers. But theatre owners wanted refund for them as Nearly 300 screens that released Kuselan in Tamilnadu who have paid attractive MG’s has suffered huge losses.

Rajini recommended several cuts to improve the collections of the movie.

Rajini had accepted the losses of his earlier flop Baba (2005) to the tune of over Rs.25 crores and helped distributors. Chandramukhi (2005) which created box office history. His block buster Chandramukhi ran for 800 days consecutively in Shanti Theater , breaking the 64-year-old record created by Haridas (1944).

Rajinikanth who has come back from US is trying to sort out the issue.