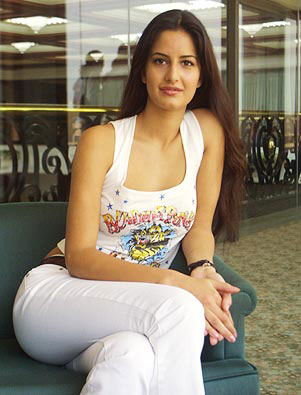 Ajith and Director Raju Sundaram have managed to rope bollywood sensation Katrina Kaif as heroine for their Ayngaran produced film.? In fact this new film started in Hongkong. Initially it was rumored that Shriya will pair with Ajith, but after she did the cameo dance number with Vadivel in INA, a Ajit refused to do the film with her.

It is rumored that Katrina Kaif will be paid 1 Crore to do this Ajit film.

Katrina has so far done two films in south – Malleswari with Venkatesh in Telugu and Mammootty’s Balram versus Taradas in Malayalam, both super hits.