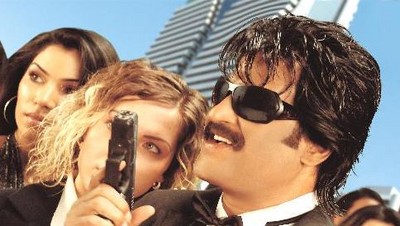 The film Kathanayakudu released across the country. Superstar Rajnikanth plays a hero in the film. Kathanayakudu film belongs to a barber character played by Jagapati Babu.

Rajini’s Kathanayakudu is a clean family movie with comedy and sentiments. Jagapati Babu came up with one of the finest performances of his career. The film is of course a must watch for all Rajnikanth fans but is Jagapathi Babu’s performance that is really, really impressive.

Rajini’s Kuselan is a clean family movie with comedy and sentiments and no doubt the film is surely a different attempt by Superstar Rajinikanth and Vasu.

Rajinikanth fans are going to love it, great opportunity to see the real side of this magnificent actor.