In association with UTV, Kamal Hassan’s Rajkamal international will be producing the Tamil remake of hindi film “A Wednesday” .

Kamal Haasan would play the role enacted by Naseeruddin Shah while Mohanlal would don the character enacted by Anupam Kher. Friend of kamal and Hollywood filmmaker Chakri will be directing this movie. 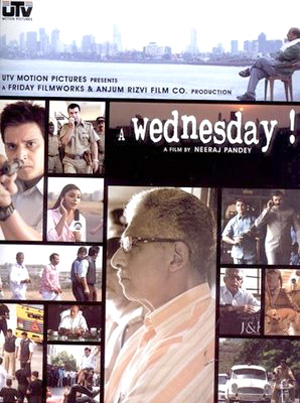 Written and directed by Neeraj Pandey, “A Wednesday” got strong positive reviews and critical acclaims, particularly for its storyline. The lead actors, especially Naseeruddin Shah and Anupam Kher were praised for their portrayals.

According to reports shoot of the film start in Hyderabad from February 25.