Hindi movie in which Shilpa Shetty and her sister Shamitha Shetty acted together, Fareb, is being dubbed and will released in tamil as Kama sathileelavathy.

Manoj Bajpai, Shilpa Shetty and Shamita Shetty form part of the cast. Bajpai stars as Aditya, a creative director of an advertising agency. Shilpa stars as Neha, a doctor and the wife of Aditya. The movie has been directed by actor Deepak Tijori. 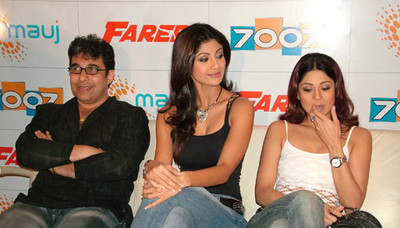 Titled Kama Sathileelavathy, the film is being designed as an emotional thriller.

Earlier in Tamil, Shilpa Shetty had acted with Prabhudeva in Mr Romeo opposite while sister Shamith Shetty had shared the screen with Vijayakanth in a film.