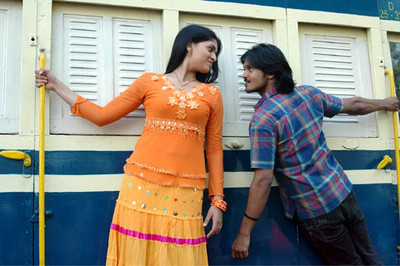 Kadhalil Vizhunthen is directed by debutant director Prasad and produced by Umapathy. Due to some political reason, the film was not allowed to screened in some cinema theaters in madurai city of tamilnadu, India.

The song ‘Naka Muka’ is a kuthu(folk song) song and ‘Thozhiyai..’ is a melodious romantic song both are awesome hits by young music director vijay antony.

Next post: Paris Fashion Week Kicks Off in Style