James Bond star Daniel Craig has reportedly sliced off the top of his finger during shooting on the next James Bond movie Quantum of Solace.

The incident reportedly occurred while he was filming an action sequence at London’s Pinewood Studios.

Quantum of Solace is the 22nd spy film in James Bond film series, due for release in the United Kingdom on 31 October 2008 and in the United States on 7 November. It is the sequel to the 2006 film Casino Royale, which rebooted the series. Columbia Pictures, a unit of Sony Corp, is the distributor of the film. 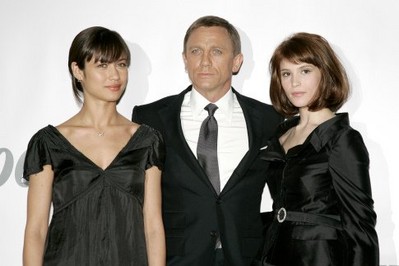