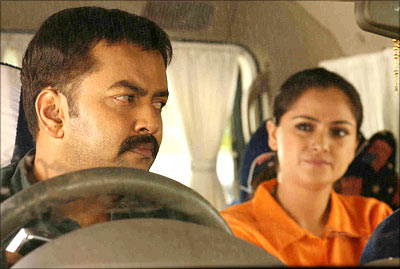 Indrajith, elder brother of Prithviraj and a popular actor in Malayalam is making his debut in Tamil with Vikram?s Kanthasamy.

Indrajith is the elder son of late Malayalam actor Sukumaran and actress Mallika Sukumaran who chucked his job as a software engineer to act in films. He paired with his brother Prithviraj Sukumaran in several films including the 2006 blockbuster Classmates. He also acted in Santhosh Sivan’s first Hollywood movie Road to the Top.