Ilayaraja in the sets of Jagan Mohini

Maestro Ilayaraja visited the “Jagan Mohini” film shooting sets in Madurai where a song sequence featuring Nila and Raja.
Maestro Ilayaraja has composed music for this film. The film stars Namitha and Nila. According to reports this is the first for Ilayaraja to his songs being picturized. 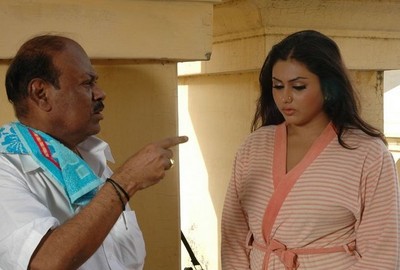