If I had a son…Rajini’s speech 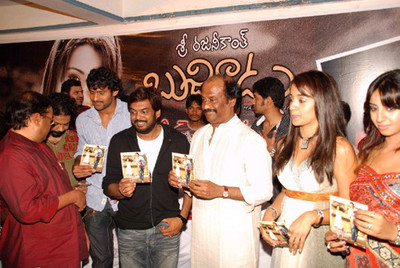 Superstar Rajnikanth was the chief guest at the audio launch function of Puri Jagnnath’s Telugu film “Bujjigadu made in Chennai” which held at the Andhra club in Chennai. . Prabhas and Trisha are the lead artists.

Puri Jagnnat is the number one choice for all big actors who are planning to launch their sons into films. Rajnikanth concluded by saying that if he had a son, he would have requested Puri to launch him into films.

Here is the photo gallery