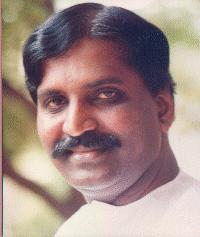 In view of contribution to Tamil through cinema and through poetry, popular and successful lyricist Vairamuthu will be presented with an Honorary Doctorate in a ceremony to be held on the 5th of January at the Madurai Kamaraj University.

Vairamuthu, born in 1952 in Theni district of Tamil Nadu is a noted poet and star lyricist. His poetry will reflect his staunch commitment to the progressive ideas of the Dravidian movement on the one hand, and a playful romanticism on the other. He has been awarded the National Film Award 5 times in the Best Lyrics category. He is a recipient of Kalaimamani Award and Tamil Nadu State Government award thrice for his contribution to Tamil literature.

He has constantly teamed with master-composer A. R. Rahman and ace director Mani Ratnam. The trio have delivered several musical hits including Roja, Bombay and ‘Alaipayuthey’.

Four others will also be receiving doctorates at the same function. The awards will be distributed by the Governor, Surjit Singh Barnala along with Ponmudi, Minister of Education.

Our best wishes to Vairamuthu.