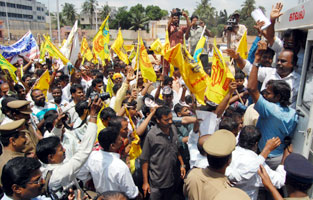 Around 200 people for hairstylist’s body staged protest in front of P.Vasu’s house on Friday, who were arrested by police and later released.

“Kuselan has insulted profession of hairstylists through unfair comedy“, said the protesters.