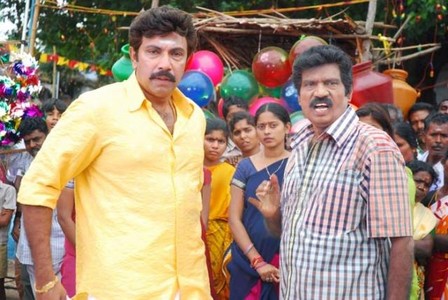 After a brief interval comedy king Goundamani and Sathyaraj teams in Thangam. In Tamil film combo of Gowndamani and Sathyaraj is always considered be a huge success. The highlight of the film is going to be Goundamani’s comedy. In the pilot track shown to the press– Goundamani, ace comedian is almost rocking with his timing punch.

According to Sathyaraj, “Thangam is a typical masala entertainer“. Megha Nair is the heroine. Music by Srikanth Deva.

Well, comedy king Goundamani is certainly going to make it big in his second innings.