Trisha and Silambarasan next film film titled as Vinnaithaandi Varuvaayaa. Silambarasan and Gautham Menon are going to join hands for the first time with this movie. 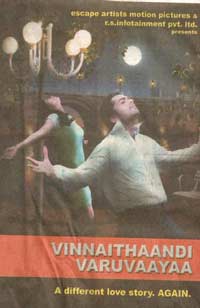 To create a lot of curiosity as a promo gimmick, Ad’s published in leading newspapers tells nothing about the crew and remaining cast. 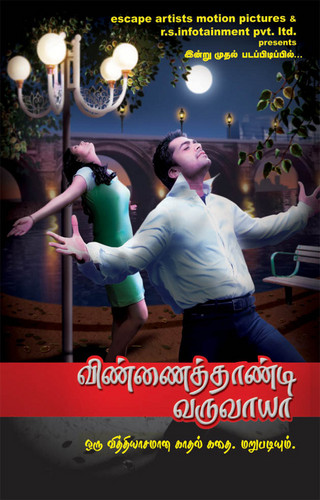 Tag line of the film is- “A different love story. AGAIN! “